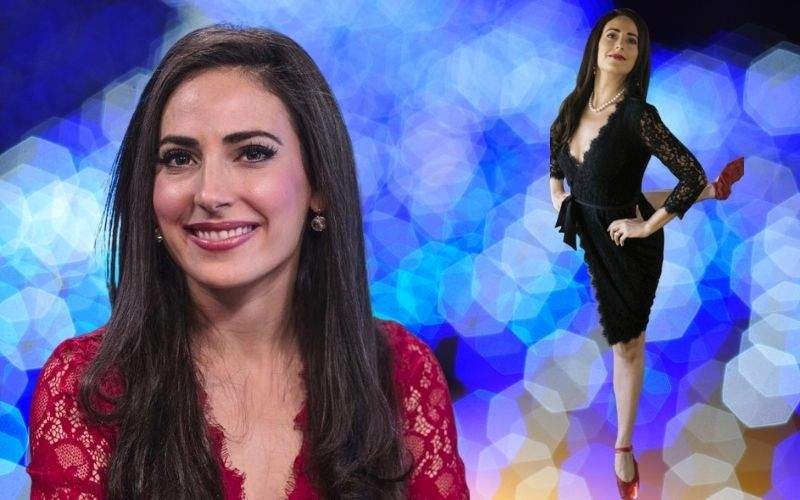 Carissa Kranz has been vegan since birth (technically before that as her mom had a vegan pregnancy). Until recently though, she’s remained quiet about her veganism and played it down.

“I’d go around almost apologizing for my veganism rather than owning it,” says Kranz who runs her own personal injury law firm in four states in the US. “I did what I had to, to fit in so I wouldn’t be discriminated against or pointed out. I chose to just blend in and not be bold. And that wasn’t brave of me.”

All that changed recently when Kranz – whose extensive career includes being a prosecutor as well as practicing civil and criminal law – founded BeVeg, a global vegan certification firm.

BeVeg focuses on global vegan certification for products and services, and vegan labeling law and is ISO accredited. The firm is focused on defining a legal vegan standard that provides the consumer with true truth and transparency in labeling laws.

“One of the things Supreme Court Justice Ruth Bader Ginsburg said that really drives me is ‘Fight for the things you believe in, but do it in a way that will lead others to want to join you’, says Kranz.

“And by being a lawyer, you have the ability to be an advocate and to fight for the things you care for and doing it in a way that’s inspirational, to change laws, to make laws, to define laws for those who are vegan or those who may not be vegan but care about truth and transparency is something that I’m passionate about.”

From ballet to law

With many corporate executives and lawyers leaving their jobs and professions after becoming disillusioned and burnt out, and often seeking out more creative work, Kranz did the opposite: She moved from the world of ballet into law – and believes her creativity makes her a better lawyer (the fact she’s been accredited as a Super Lawyer suggests she’s right!).

“Ballet teaches discipline, work ethic, hard work, problem-solving solutions,” says Kranz. “But in order to be an artist, you have to be open to receive in life, be open to receive higher energy, higher callings, and have a creative spirit.

“A lot of people can do ballet. But that doesn’t mean that they’re an artist. They know how to dance the steps, technically. But an artist is the person on stage that unleashes this energy for the audience that’s going to inspire the audience to feel this otherworldly feeling of the movement of the dance, not just the steps.

Through the creation of BeVeg, Kranz – who’s a regular commentator for mainstream media as well as the host of her own show ‘Laws That Matter: Veganism and the Law’ on the JaneUnchained network – has found her higher calling: legal protection for veganism. “As a lawyer, realizing the lack of definition [of the word] and as a vegan from birth, I realized that this was a perfect opportunity for me to merge my passion and my purpose, and my education and my skills into something that can actually make a difference in this world.”

Bader-Ginsburg who died a few weeks ago left a powerful legacy, particularly in the field of human rights and women’s rights, and Kranz is on a mission to do the same for veganism.

“Lawyers know how to think,” she says. “When you’re taught how to think, and you start questioning things in your everyday life, you realize that the law is an ever-expanding organism.

“The Constitution is a document, but the law is an organism. And I very much believe we live in a law-based universe and that human law is an intended version of these higher universal enlightened principles.

“If you think creatively, and you think as an individual and you push yourself and use your mind and individuality, then you can apply your knowledge to further the law to make it better, to make it more appropriate for our times.

“Just look at the Civil Rights Act that started out for race,” Kranz continues. “It’s expanded over the years to religion, gender equality, marriage equality, disability – and veganism will be next; it will be considered a non-religious moral group that should have the same constitutional protection under the law.”

Time to speak up


In her spare time, Kranz still enjoys dancing. She also cares for her former ballet teacher Joan Miller. In 2014, after learning that Miller was living in a one-star nursing facility, with no advocate or family and a diagnosis of Alzheimer’s, Kranz moved Miller in with her.

They continue to share a home today and Kranz insists that Miller is still her teacher. “Even though Miss Joan is ‘losing her mind’ she’s still teaching me daily about ‘mindfulness’, says Kranz. “Alzheimer’s patients teach us to live in the now, as that’s the only moment they understand.”

After all the years of almost hiding her veganism, there’s no stopping Kranz now, and she aims to inspire others to follow their path and make a difference. “It’s really important that we speak up,” she says. “But it takes time to own yourself and to feel comfortable in your own skin and ready to do those things. I’m owning my truth now.”

Listen to this interview with Carissa Kranz by VWLN founder Katrina Fox on the Vegan Business Talk podcast:

This article was originally posted on: Vegan Women’s Leadership Network.