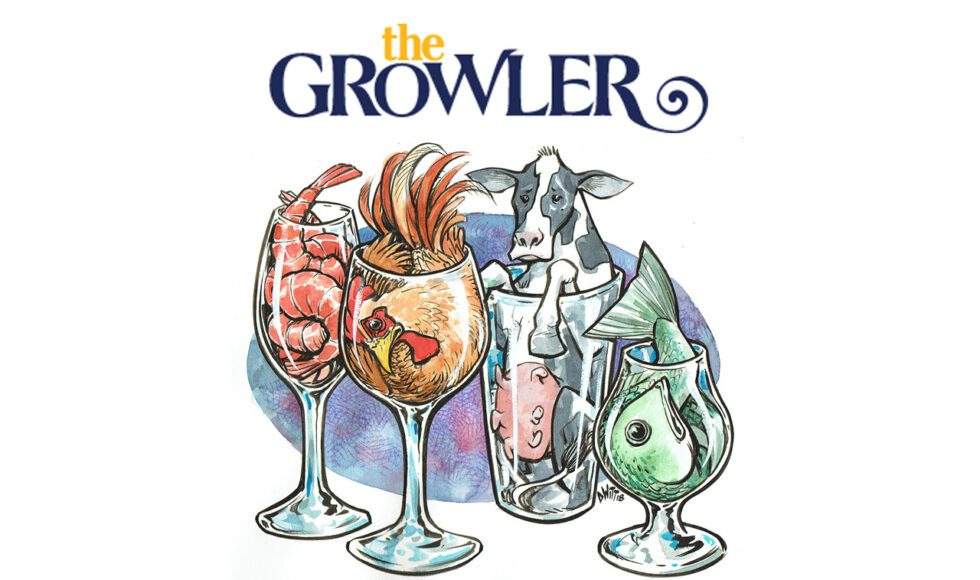 BeVeg Dives into the Murky world of Animal Additives 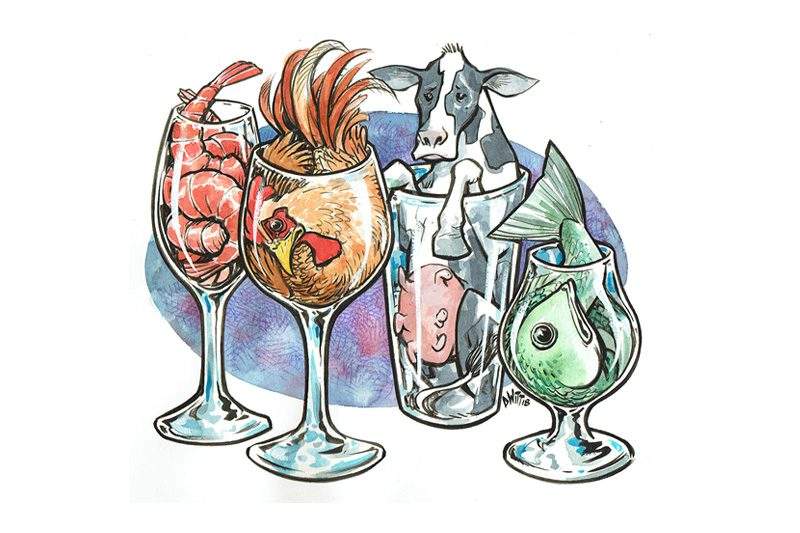 A few centuries ago, a fisherman heading out to sea needed a pouch for his ale. He chose a swim bladder—an organ used by fish to control buoyancy—pulled from a bucket of leftovers from his previous day’s catch. Filling the pouch with murky beer, he made for the marina. A few days later, while pouring a pint, the fisherman noticed his beer was no longer murky, but clear. Back on shore, he quit his job, channeled his marketing chops to rename “swim bladder” as “isinglass,” and became a rich man by selling it to brewers far and wide.

Whether this legend is the real origin story behind how fish bladders began being used as beer clarifiers is lost to history. What has not been lost is the practice of using isinglass. If you thought you were drinking vegan by avoiding milk stouts, honey brown ales, and Bailey’s Irish Cream, think again. While the use of fish products to clarify a beverage may seem far-fetched, the practice of adding isinglass (as well as a slew of other animal-derived products) to beer, wine, and spirits has a long history.

Fining agents improve the filterability of beer and wine by binding to haze-causing particles like yeast, thus creating larger particles that are easier to remove. Adding isinglass to beer as a regular practice dates back to around the 19th century. Beer historian Roger Protz posits that the practice stems from the rise in popularity of pale ales over darker beers, and the move away from ceramic and metal mugs to transparent glassware. Drinkers could see their beer and sought out increasingly less murky pints.

The practice of clarifying wine using animal-derived products is at least as old. Egg whites (or albumen) have been added to wine for centuries, as has dried ox blood and blood albumin (a protein found in blood plasma). Other animal fining agents used for beer and wine include: casein, a mammalian milk-derived protein; chitin, a fiber procured from the exoskeletons of lobsters, crabs, and shrimp; and gelatin, extracted from boiling animal skin, tendons, ligaments, and bone.

While still used by some (Newcastle uses isinglass in all their beers, as does Foster’s brewed in the U.K.), it is not inherently necessary to use animal-based finings in the production process. World-class beer, wine, and liquor can be—and increasingly is—made with vegan-friendly ingredients and additives without sacrificing quality.

In fact, the majority of beer and wine producers today choose an animal-free approach to fining—not necessarily because it’s vegan-friendly, but because it’s more cost effective and reliable. Processing liquid through a centrifuge or plate filter, or using one of the myriad animal-free finings now available (carbon, silicic acid, bentonite clay, limestone, and plant casein, to name a few), produces more consistent results than animal-derived finings.

“[The fining process] is something that has changed greatly because of technology,” says Chuck Kanski, owner of Solo Vino wine shop in St. Paul. “Using animal byproducts is not even taught in school now, so new winemakers don’t even know about it. Moving forward, because of the expense, the vast majority of winemakers are using tools or equipment that’s reusable.”

Andy Sparhawk, the Craft Beer Program Web Manager for the Brewers Association, says the same is true for brewers. “Most breweries that I know do not use finings,” he says. “They use [diatomaceous earth] or employ centrifuges.”

It’s there that the disconnect happens: Vegan consumers are making purchases based on their values. Brewers and winemakers are making fining and filtering decisions based on what will create the best-tasting product—which, today, are usually are free of animal products. But because the breweries and wineries are not intentionally pursuing vegan practices, they also aren’t advertising them, meaning their products’ vegan-friendliness isn’t being communicated to the increasingly large crowd of ingredient-savvy consumers.

It’s due to this gap that Jason Doucette founded Barnivore.com in 2001. The website and app uses crowdsourcing to identify and evaluate the vegan-friendliness of beer, wine, and spirits, and is one of the primary tools available to help vegans and vegetarians drink with peace of mind.

Doucette explains that part of the reason Barnivore exists is because there isn’t a single style, origin or type of beverage that is predictably vegan. “There’s no real rule of thumb that says ‘this kind of beer will be fine to drink’ or ‘that beer isn’t,’ aside from German purity laws,” he says.

A glance through the hundreds of products on Barnivore.com reveals another barrier for those seeking animal-free beverages: there is no consistency. No consistency in the use of animal products within beverage categories, and a striking lack of consistency within individual products themselves. Paper trails of customer contacts and company responses for products available on the site reveal a history of producers flip-flopping from “yes, this product is vegan” to “no, it’s not” to “yes, it is again.”

“Companies change back and forth from vegan-friendly products to non-vegan-friendly. It can depend on the brewer’s or winemaker’s preference,” Doucette says.

The lack of clarity and consistency is not necessarily a ploy to dupe consumers; the concern over using animal products simply hasn’t been a big issue until recently. However, the increasing number of consumers choosing vegan or vegetarian lifestyles may entice brewers and winemakers to be more intentionally inclusive of this growing customer base going forward.

Carissa Kranz, chief compliance officer at BeVeg, an international law firm that certifies vegan beer, wine, and liquor products, anticipates this shift. “As more and more consumers learn about the hidden ingredients that may be lurking in their favorite beverages, coupled with the growing vegan and vegetarian movements, we expect to see more beverage makers consciously choosing to replace animal-derived ingredients with vegan-friendly alternatives,” she says.

Some breweries are already openly touting their switch to vegan-friendly tactics. In late 2015, Guinness announced their brewery would be free from animal byproducts by 2017; PETA declared the brewery “100 percent animal free” on January 23, 2018. Scotland-based BrewDog added a Vegan Society certification to their labels in February 2016, one of the first breweries to do so.

As a whole, though, the craft beverage community has yet to bridge the larger disconnect between how they make their products and how they market them. “Today, talking about using animal products in winemaking is like talking about a horse and buggy in the time of electric cars,” says Kanski. Sparhawk says it’s not a topic he hears brewers frequently discussing, either.

Alternation Brewing in Denver, Colorado, is one of the few breweries that has been intentionally vegan from the get-go. Owner and head brewer Brendan Pleskow and co-founder Jenn Sickels are both vegan, and not only are their brewing processes vegan, so is every food truck they have at their taproom. Pleskow echoes Sparhawk’s sentiment. “We rarely ever see it being discussed in the Colorado brewing community, despite there being a large vegan population in Denver,” he says. “We are the only brewery in Colorado, of 300-plus that are ridiculously diverse in age, concept, and race, that has even brought up the concept [of a vegan brewery].”

And yet, even Alternation Brewing doesn’t market their veganism.

“I would venture to guess most of our customers don’t even know we operate as vegan,” Pleskow says. “The vegan community and the brewing community are very separate entities in most circumstances. Much of America has a stigma toward the vegan community, mostly because they don’t understand it.”

The vegan and craft beverage communities may be separate, but they are not at odds. With the majority of breweries, wineries, and distilleries already producing vegan-friendly products, they simply need to take the next step and communicate that to the growing number of ingredient-conscious consumers.

This article originally appeared on The Growler